4 Steps Prospects Use to Control the Buying System

In this episode, Rick McDermott; marketing expert, sales trainer, coach and mentor, shares The 4 Steps that Prospects Use to Control the Buying System. After the tip, we go backstage to learn about Rick’s; advice for college students, getting to the “no”… and more!

My name is Rick McDermott, I’m from Sandler Training. Today I’m gonna talk about the four steps that prospects use to control the buying system. Well, when I talk with business owners, CEOs, and business development professionals, they all share a common frustration with me. They tell me things like, “Our pipeline is full, but it takes us too long to close deals.” Or, “We do a lot of … spend a lot of time doing quotes and proposals, only to get a lot of ‘think it overs.'” It’s important to first clarify that there’s really two things going on during the sales cycle. There’s the prospect system, and then there’s the selling system.

Step one of the prospect system is they appear interested and they act motivated. Yet, they don’t want to share too much information with you for fear of losing leverage during the conversation. Their goal is to keep you engaged and interested long enough during the conversation to make it to step two. Step two of the prospect system is free consulting. Typically, this is when they want to know your product, your service, your price, your delivery, your quality, and your specifications, but they don’t want to pay for it. Typically, this comes in the form of a quote or a proposal that you gladly put together given their level of interest in step one.

Step three is where the prospect becomes non-committal. You’re gonna go in for a close, or handle any stalls and objections now that they have your quote. Only this time, they’re not ready to commit, and it’s gonna sound something like this. “Rick, thanks for the proposal. It was awesome, you’ve given us a lot to think about. We’re gonna have to take some time to process it, so give us a call back in a couple of weeks.” Finally, we land on step four, which is hide mode. When we pick up the phone a couple of weeks later to follow up on our quote, we get stuck in voicemail. Only now do we realize that after countless voicemails, and non-returned emails, we’re stuck in the prospect system.

Well, what we can do about this system, is we can have a proven sales system that helps us qualify or disqualify opportunities before we spend too much time, money, and company resources. It’s also important that once we have a system, to be able to debrief the system with a manager or a coach in order to identify opportunities for improvement. The last thing is, we need to practice that system over and over again. So if you want to take control of the selling system, have a system, save time, and close more deals. 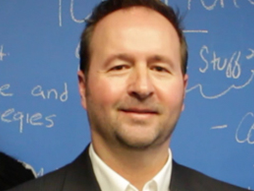